In one form or another, batik has worldwide popularity. Now, not only is batik used as a material to clothe the human body, its uses also include furnishing fabrics, heavy canvas wall hangings, tablecloths and household accessories. Batik techniques are used by famous artists to create batik paintings, which grace many homes and offices. It is time to get to know the chronicles of Batik and its origins. 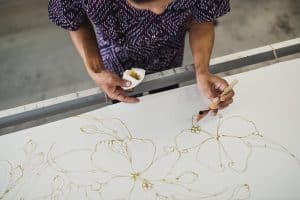 To appreciate and preserve the art of Batik, it is key to first understand the delicate layers that makes up the history of its origins. A contributor to Wikipedia has posited that Batik probably originated in ancient Egypt or Sumeria: “There is evidence that cloth decorated through some form of resist technique was in use in the early centuries AD” in these regions. 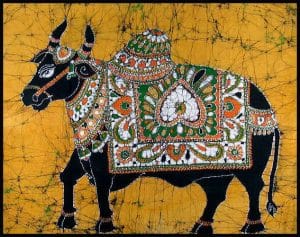 In Java and Bali temple ruins contain figures whose garments are patterned in a manner suggestive of batik. In Egypt linen and occasionally woolen fabrics have been excavated bearing white patterns on a blue ground and are the oldest known and date from the 5th century A.D. They were made in Egypt, possibly Syria. 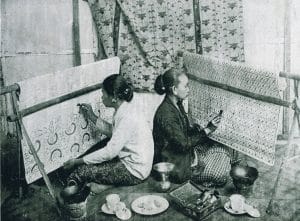 It is common knowledge that Indonesia, particularly the Island of Java, is the area where Batik has reached the greatest height of accomplishment. It is said that there is nowhere in the world where the art of Batik has been developed to such high standard as in Java. In its early days, Batik was merely a pastime in the Javanese courts, but it evolved into a matter of social status to display one’s artistry in design and color. As Batik continued to grow in popularity, it had become a national costume worn by men and women alike. 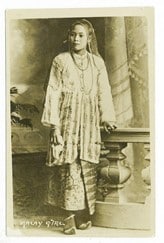 Neighboring countries such as the Malay Peninsula and Brunei share the same Batik tradition as Indonesia besides sharing a common lingua franca, the Malay language (Bahasa Malaysia/Indonesia). Indonesian and Javanese Batik has become so well-known and popular world-wide that the technique has become synonymous. It is only fitting to note that the term “Batik” is Indonesian in origin, meaning “to dot”, “writing with a broken line”, or “wax writing”. The word refers to a process of dyeing fabric by making use of a resisting technique, and has now become a generic know term as, Batik.